A meeting between two people is sometimes enough to give rise to new ideas and a new way of thinking. And when these two people are Stephan Stieglair, 1995 paragliding world champion, and Martin Gostener, son of a paragliding instructor, globetrotter and all-rounder in the world of paragliding, it was only to be expected that sparks would fly! Well, that's all it took to create a new brand of paragliders: AirDesign!

Their motto: Shake things up. Their way of life: "Let's move! Why use the car when you can walk to the deco? Why damage your knees on the way down when you can save them by flying? "

Based in a garage in Austria, the two enthusiasts launched their first sails in 2011: the Vita (En-B) and the Pure (En-D), then in 2012 the Super Simple, better known as the SuSi! 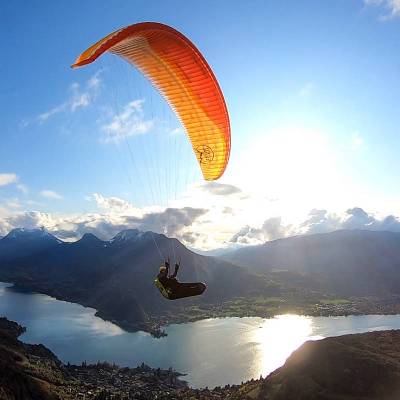 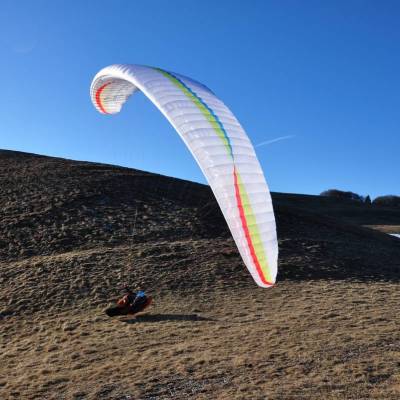 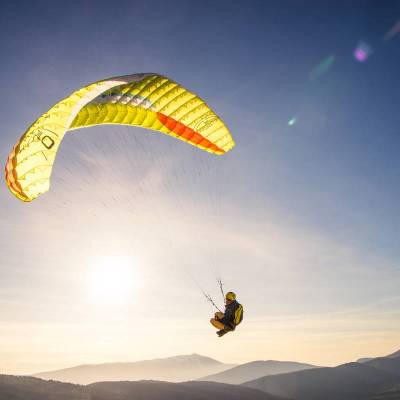 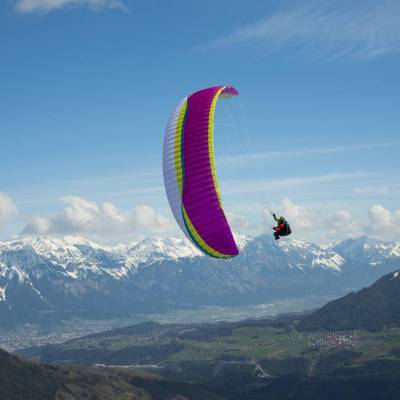 At Airdesign we don't want to make any compromises: the sails must perform well but also be fun to fly! They must be light but durable over time.

In the end, we discover Airdesign paragliders without frills which are released according to the innovations but above all which are put on the market when the model is finished and really brings something new to the pilot and new sensations.

Today you can have fun with one of the many Airdesign gliders ranging from the Eazy 2 (En-A) to the Vivo, Rise 4 or Soar (En-B). But if you're a more experienced pilot you'll find plenty to show off your skills with models such as the Volt 3 (En-C) or the Hero (En-D). You will also find incredible gliders like the New UFO or the SuSi 3 as well as two-seaters like the Ride 3 or the Hike, a superlight tandem glider!

AirDesign is also an ultra light harness or rather an ultra ligt harness : The Slip ! And yes, a name like that can't be invented. From there to say that with Le Slip you almost feel like flying without anything, there is only one step. It must be said that with its 200g, Le Slip knows how to be forgotten in flight to give the best part to the sensations.

And at AirDesign we also think about safety with the DONUT rescue parachute, a hybrid rescue parachute that has all the advantages of a square parachute such as pendulum stability, opening speed and sink rate, while offering a high packing ease and a very interesting flat/thrust ratio.

In short, you will have understood, at AirDesign you have what you need to get off the beaten track and enjoy yourself whatever your technical level and your favourite sport.

So don't hesitate and enjoy the flight!