The Ikuma 2 by Camille, Freedom Parapente :

"Niviuk's IKUMA 2: an EN B+ glider with all the makings of a great glider".

The Ikuma 2 is situated between the classic EN B glider and the more racing type EN C and EN D gliders.

Compared to EN B wings like the Hook, the Ikuma 2 is more lively and less one-piece. Its two half wings are more independent and transmit more information to the pilot, allowing for a more refined piloting.

Compared to its bigger sisters, it offers a very good glide and is pleasant to fly and very responsive. Turning is easier thanks to a shorter turning radius.

All in all, the Ikuma 2 is an EN B+ glider whose performance is close to an EN C or even an EN D with a high arm in a straight line. In this game this glider is really impressive compared to higher class gliders like the Peak for example. The comparison will stop there because the difference in performance between these gliders will be obvious as soon as you use the accelerator.

What changes have been made to the Ikuma 2?

The Ikuma 2 still has 3 lines but with this version 2 of its B+ wing Niviuk offers us a much better performing glider with a new, more aerodynamic profile, 4 additional cells bringing the total to 61 cells, a different fabric between the upper and lower surface to lighten the wing while maintaining good wear resistance, a new steering system at the rear (C risers) which automatically returns the control to the B risers to keep the profile and performance intact, a new optimised trailing edge and a tauter, cleaner leading edge without any parasitic creases.

The IKUMA 2: an amazingly light glider

This is indeed another great asset for the Ikuma, its weight on the scale!

This is the result of an optimised design and new technologies such as RSD, which reinforces the internal structure of the wing by using partitions that respect the fabric weave, SLE, which replaces the old Mylar reinforcements of the leading edge with a new generation rigid structure, or TNT and Nitinol rods (a mixture of Nickel and Titanium) that are lighter. But this weight saving and high level of performance is also made possible by a significant de-sheathing of the lines. On the other hand, particular attention must be paid to the pre-flight phases to prepare all the lines correctly and avoid the slightest spanner at take-off. 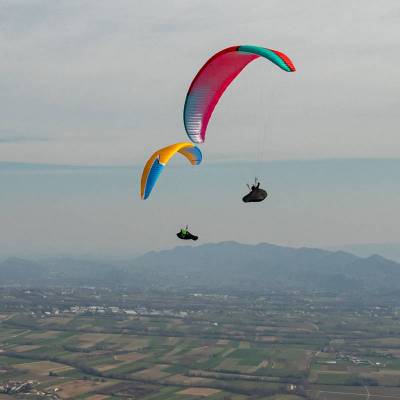 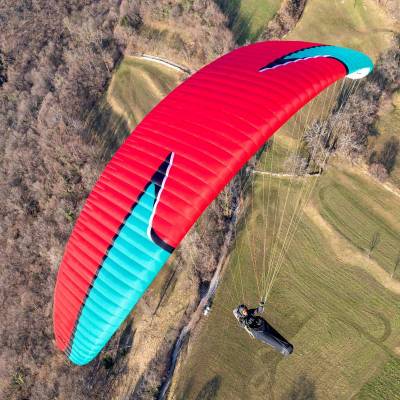 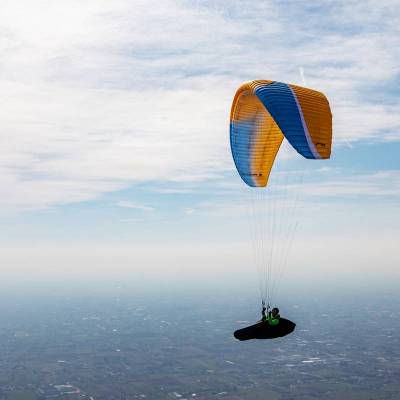 The lighter the Ikuma 2, the easier and more pleasant it is to inflate even in the most difficult weather conditions. It should be noted in passing that this glider is equipped with RAM technology at the air inlets, which guarantees optimal internal pressure throughout the entire wing. With such a SharkNose it therefore retains its profile even at high angles of incidence. It is therefore rather tolerant at the front when inflated. But beware because if this characteristic is an advantage on the ground during the decorations, you must remain vigilant in flight because the frontal closure will certainly occur later but with a wing far ahead. It is therefore necessary to be attentive and actively pilot the wing to control the surge without being surprised. This is a real progression wing which requires piloting experience and why not an SIV.

In thermal flight the Ikuma 2 bites well, it doesn't bounce and transmits information. As Niviuk puts it very well, the wing "lifts and floats in turbulence flawlessly". You can then start to use the speed bar a bit like with a race wing.

The controls of the Ikuma 2 :

Orders are very progressive. At the beginning of the race you have flexibility and ease with little effort and the more you push the wing in turns the harder and firmer the controls will become. In the end with such a progressive travel you always know where you are in the control range and what is left for you to manoeuvre.

Who is the Ikuma 2 intended for?

The Ikuma 2 is clearly aimed at all riders who want to get serious about cross-country riding and who want to put in the miles. It offers glide, manoeuvrability, maximum passive safety and a uniform behaviour throughout the whole of the PTV, even if it is a little over-canvassed. It's a great alternative to more technical machines that will offer you maximum performance for an accessible riding experience.

The different colours of the Ikuma 2 : 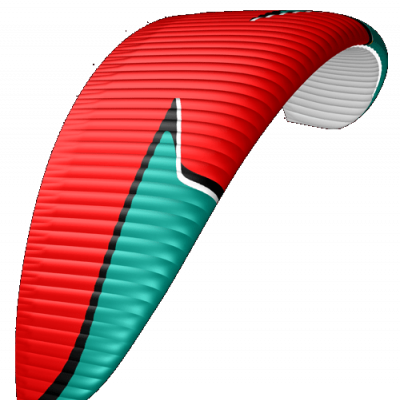 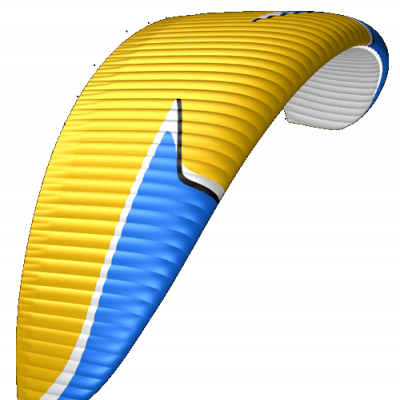 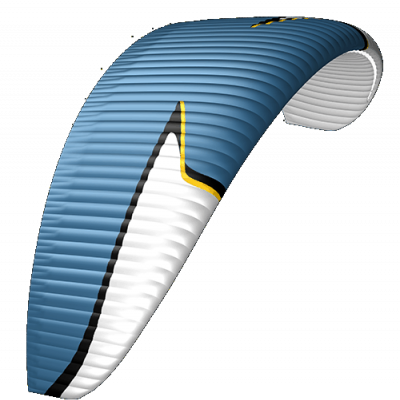 A real little racing sail! It is simply my favourite glider when I do an opening flight with my students. I also take it with pleasure when I want to have fun solo in waga or during small local flights in thermals. It is also worth mentioning that the back handling works very, very well, which is rare on a glider of this category!

Interested in this glider? Give us a call!
Check out the gliders currently available for trial at Freedom