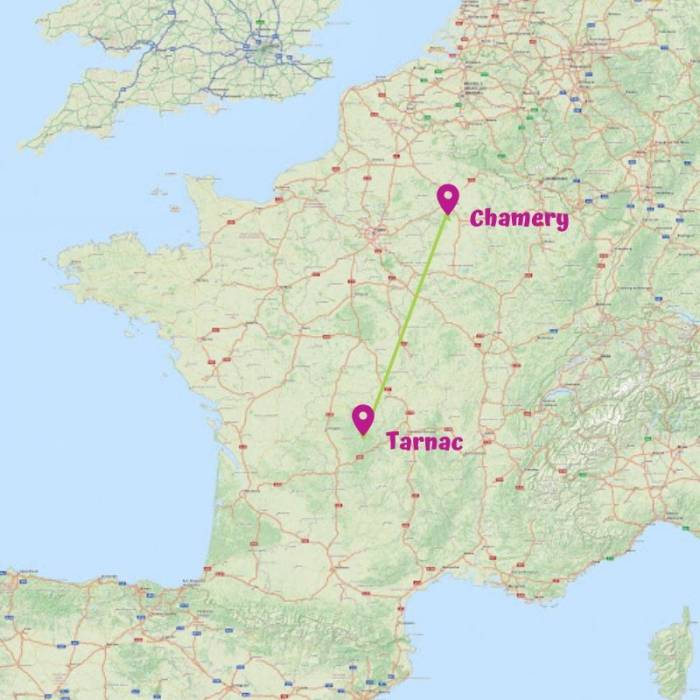 Frederic Delbos broke the French distance record in paragliding with 417 km on May 12, 2019!

On 12 May 2019, the French distance record of paragliding was broken by Frédéric Delbos. Setting off with several pilots from Chamery (near Reims), in order to achieve an exceptional flight, they all landed one after the other to leave Frédéric alone after 210 km. Determined and motivated, he continued on to Tarnac, in the Limousin region, in Corrèze, in the Regional Natural Park of Millevaches. A flight of 417 km which will have lasted a little less than 10 hours (9h49 exactly). A flight with an OZONE Enzo 2, with an average speed of 43 km/h! It then beats the old record held by Martin Morlet; a flight of 411 km, 3 years earlier!

After his exceptional flight Frédéric stressed the importance of the group and of being well surrounded to achieve such a feat. "It's totally crazy and delirious what happened! There's one thing that's for sure, it's that to make beautiful flights, you have to be well surrounded because flying is only a very small part of the adventure (the tip of the iceberg). And our small group of lowlanders worked to perfection to improve in all areas and clear all the pitfalls that could arise. The dynamics of the group would not have been possible without exceptional people like Martin Morlet, Guido Prestigiovanni and Régis Fouret who give a lot of their time for paragliding and the plains and share their experiences without any restraint to help other pilots progress." Testimony paragliding.rocktheoutdoor.com

However, the conditions this Sunday could have predicted a rather complicated flight! Indeed, this May 12, 2019 was a technical day with a heterogeneous air mass, with calm moments; where it was necessary to be patient; and others very moving. Anticipation was one of the qualities that allowed Frédéric to fly much longer than his comrades; who were landing one after the other. At kilometre 210, he found himself and a physical and mental battle began! However, motivated and determined, he wanted to cross the Loire where he knew that conditions could change and be favourable to him... And he was right, since after this zone, the thermals were more organized and regular to reach "easily" Corrèze, on the plain of Millevaches!

Frédéric flies with a champion's wing! Indeed, Frédéric has just changed his wing. He got the OZONE Enzo 2 wing from ex-world champion Stefan Wiss. 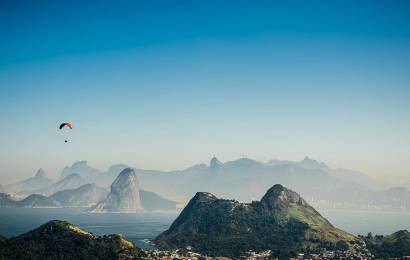 World paragliding records for the longest male and female flights fell in just a few days in October...

A German paraglider, named Ewa Wisnierska, holds a rather incredible paragliding record, that of hav...