The history of paragliding 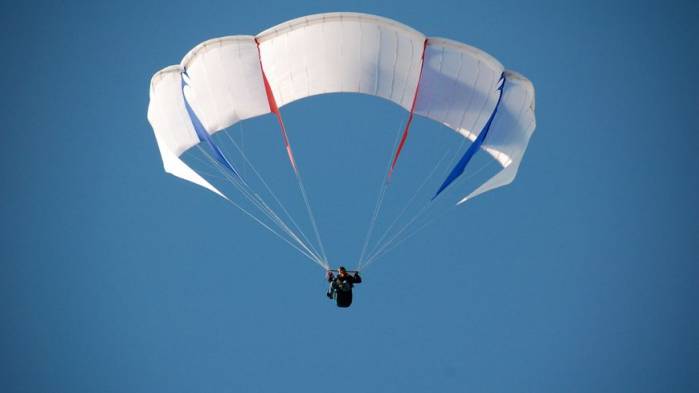 Do you know where this sport comes from? Come and discover the origin of this sport!

It all started in 1965 with Dave Barish's development of the "Sailwing", a glider that closely resembles today's paraglider sails with cells and called this new discipline "Slope Soaring".

Between 1966 and 1968, Dave Barish and Dan Poynter performed slope soaring demonstrations at various ski resorts. Some mountaineers showed a lot of interest in these demonstrations, as it can be an efficient and fast way to come down after an ascent.

In 1971, Steve Snyder marketed the first boxed sail in the United States under the name "Paraplane" and in 1972 the first such sail was found at the French Parachuting Championships. At the end of the 1970s, only this type of sail was used at these Championships.

It was in 1978 that the first paragliding flight took place when the members of the Annemasse paraclub in Haute-Savoie decided to use their parachute to take off from a mountain and land further down in the valley.

It is André Bohn, a high-level parachutist, who will make the first slope flight, followed by his colleagues from the club: Jean-Claude Betemps, Michel Didriche, Gérard Cantin, Marc Baruch and Daniel Marschal.

Paragliding was born, the Annemasse paraclub became the Founder of "Paragliding" and on 5th May 1979, Gérard Bosson of Viuz en Sallaz, Georges Perret of Annecy and Michel Didriche of Mieussy, created the first paragliding club in the world: "Les Choucas".

Other paratroopers follow suit and launch themselves into slope flight. A training course is created in Mieussy supervised by the club of "Les Choucas" where only confirmed parachutists with the qualification "wing" FFP can participate. It is only a little later that this course will be open to "non-practitioners".

In 1985, paragliding grew with the creation of the first sail specifically designed for the discipline: "la Randonneuse" invented by Laurent de Kalbermatten. This glider was designed with 9 cells, a less porous fabric and a less elastic line material that allows more finesse.

Paragliding will never stop evolving, both in terms of equipment and practice: first used mainly by mountaineers, paragliding becomes an aerial sport in its own right and it is in 1989, in Kössen, Austria, that the first Paragliding World Championships will be held.